7 Best Towns to Visit in Tuscany

When Tuscany is mentioned, your mind may turn to the Leaning Tower of Pisa, the beautiful Duomo in Florence, or rolling hills covered in vineyards and lined with cypress trees. Tuscany is all of this and much, much more – a true powerhouse when it comes to art, cuisine and culture.

Tuscany has seen the empires of the Etruscans, the Romans and Napoleon as they rise and fall, and is filled with relics and artistic remains from the Roman Empire to the Renaissance. Exploring this region will not only lead you through history, but will be a true treat for your taste buds as well!

The classic tourist route runs from the south of Florence, taking in the medieval towns of San Gimignano, Siena and the smaller hilltop towns of Montalcino and Pienza, ending in Arezzo. For a path to the coast, Lucca and Viareggio are must see places before reaching the sea.

A small walled town situated on top of a hill, San Gimignano could be described as a medieval Manhattan, with its ancient towers dominating the horizon. This beautiful town is a must-see for anyone travelling through Tuscany.

The historic centre of San Gimignano is a UNESCO World Heritage Site, and it’s easy to see why, the town’s main piazza – surrounded by red brick medieval buildings – basically breathes history. Not only this, but there are many notable Romanesque and Gothic buildings which have been preserved throughout the town.

San Gimignano is also a great place to go to experience delicious local food and drink. Most notably, the vineyards surrounding the town produce a fabulous white wine called Vernaccia di San Gimignano. This wine has been considered one of Italy’s finest white wines since the Renaissance, and is even mentioned in historic records dating back to 1276!

Alternatively, if you’ve spent the day exploring the town in the beautiful Italian sunshine, you might now be looking for something to cool you down! Head to the main piazza and you will find Gelateria Dondoli. You may have to join a queue, but this gelato is to die for and is ranked as one of the best in the country!

Tuscany’s second city, Siena will lift your soul and fill you with awe. Take in the splendour of the medieval architecture as you find your way through the city’s winding streets, before reaching Piazza del Campo. This piazza is Siena’s crowning glory – one of Europe’s finest medieval squares.

It is also the location for the Palio horse race, one of Italy’s most popular sporting events. Steeped in medieval traditions, the race takes place twice a year. Nowadays, it is more about pageantry and civic pride than actual sporting prowess. It’s truly a unique spectacle to experience, and a reminder that Tuscany’s medieval past is still very much alive in modern times.

First settled by the Etruscans , Montalcino is sure to transport you back in time – not much has changed in Montalcino since the 16th century! Named after the oak trees native to the area, the town has breathtaking views across the Asso, Ombrone and Arbia valleys.

Montalcino is a fairytale town, sitting atop a hill and surrounded by medieval walls with a fortress guarding the entrance. The landscape around the town is dotted with silvery olive groves and vineyards, as well as the natural park of Val d’Orcia. If you’re looking for a classic Tuscan landscape – Montalcino is the place for you!

It’s no secret that Tuscany is famous for producing excellent red wines, but one of the best is Brunello di Montalcino – made from grapes grown in the vineyards of Montalcino. The town is filled with arts and crafts shops, cafes and restaurants for you to peruse at your leisure through the winding medieval streets, before enjoying a glass (or bottle) of the world-renowned Brunello!

Designed to be ‘The Ideal City of the Renaissance,’ the small town of Pienza was created by humanist Pope Pius II in the 15th century . Unhappy with the design of the humble village he grew up in, Piccolomini decided he wanted to create a beautiful hometown more befitting of his status as Pope!

A perfect example of Renaissance town-planning, Pope Pius II rebuilt the village in three years; replacing the original buildings with a duomo, a collection of palazzos, and the town hall. He also renamed the town from Corsignano to Pienza, translated as City of Pius. Intended as a retreat from Rome for the Pope, this is now a UNESCO World Heritage site.

Pienza is also the city of cheese – you’ll find the streets of the small town filled with shops selling their world-renowned pecorino cheese! End your day of exploration with a dinner of Pici con Cacio Pepe, a classic dish made with pecorino.

Arezzo is the provincial capital of eastern Tuscany and is only an hour by train from Florence. You’ll soon discover this city is incredibly rich in art, history and architecture, as it’s been populated since the 5th century BC! The city has a number of Etruscan and Roman relics, although the ancient parts of the city were mostly demolished during the Gothic War and an invasion by the Lombards in the 6th century.

Sadly, much of the medieval city was destroyed during WW2, as the site of battles between the German army and the British and New Zealand armies. Luckily the beautiful medieval Piazza Grande survived, as well as the Romanesque church of Santa Maria della Pieve which sits on the square.

One of the main attractions of Arezzo are the frescos by Renaissance artist Piero della Francesca. His most famous fresco, The Legend of the True Cross, can be found in the Basilica di San Francesco.

Known as the city of a hundred churches, Lucca is filled with stunning religious and historical buildings. Although it’s no longer one of Tuscany’s ‘best-kept’ secrets, it’s definitely worth a trip to Lucca to explore behind its city walls.

Lucca has so many interesting links to Italian history and culture – for example, Lucca was a meeting place for Julius Caesar and Crassus in 56BC, and is also the birthplace of the composer Puccini in 1858!

One of the most popular attractions of Lucca is the city wall. Unlike other Tuscan cities, Lucca has retained its wall and transformed the ramparts into a pedestrianised area. It is the perfect place to cycle or walk around the perimeter of the city. Lucca is also famous for its Piazza dell’Anfiteatro, which traces the ancient ruins of the city’s Roman amphitheater.

What makes Lucca different from all the other towns mentioned in this blog post is that it isn’t a hilltop town. If you are looking for somewhere to visit which isn’t situated on a hill, then Lucca is your best option.

Our wild card entry is the seaside town of Viareggio, simply because sometimes you just want to go to the beach! Viareggio has been a seaside resort town since the 19th century, and is now known for its Art Deco architecture and annual carnival. The Carnevale di Viareggio is known around the world and brings both Italian and international visitors to the town every February to marvel at its papier-mache caricatures.

As well as the beach with its colourful umbrellas and deck chairs, you can take a walk along the Belle Epoque promenade – La Passeggiata – in the evening, with a compulsory gelato! The 3km long path runs alongside the beach, making for perfect summer-time views, and is also a great place for shopping as it is dotted with many local shops, cafes and gelateria.

Viareggio is close to Pisa airport, making it the ideal place to end your holiday to Tuscany.

Don't worry, you can unsubscribe at any time. Full details of our Privacy Policy can be found here.
Guide to Singles Holidays 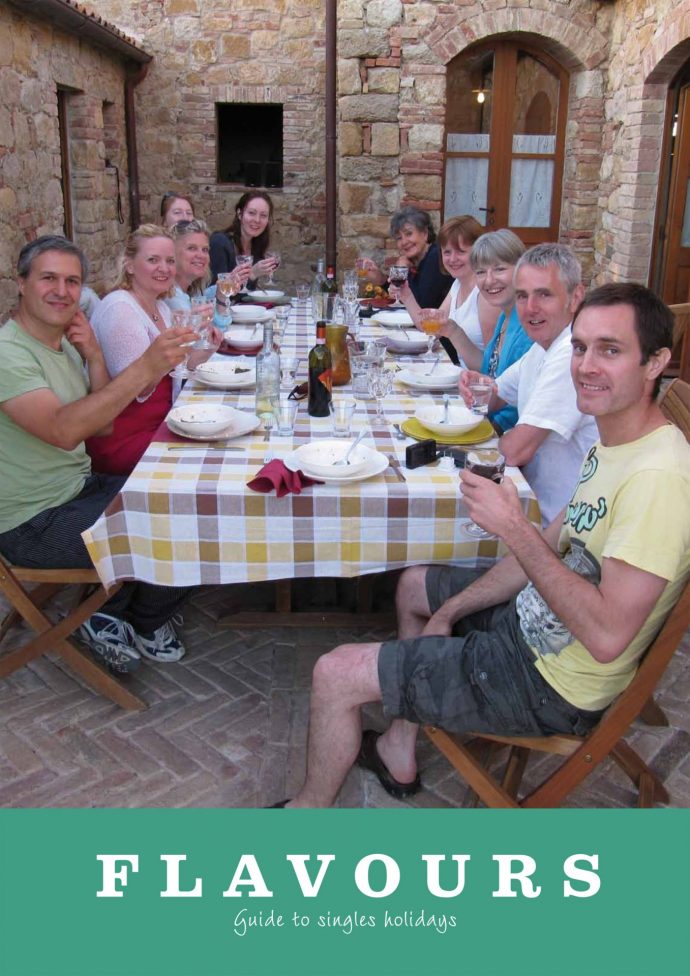 Download our guide to solo travel for top tips and advice on travelling by yourself. 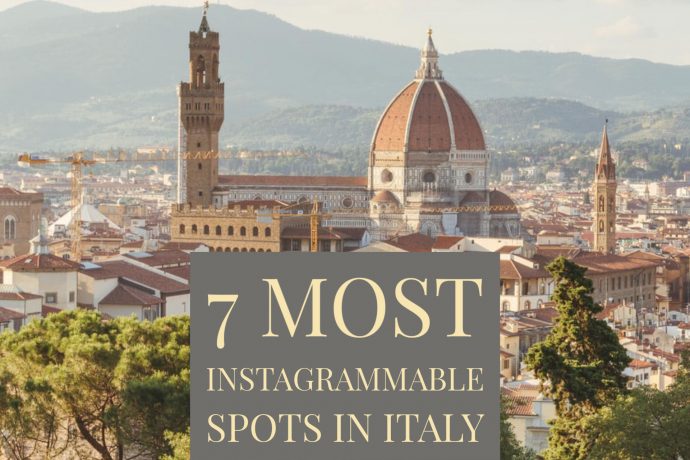 7 Most Instagrammable Spots in Italy » 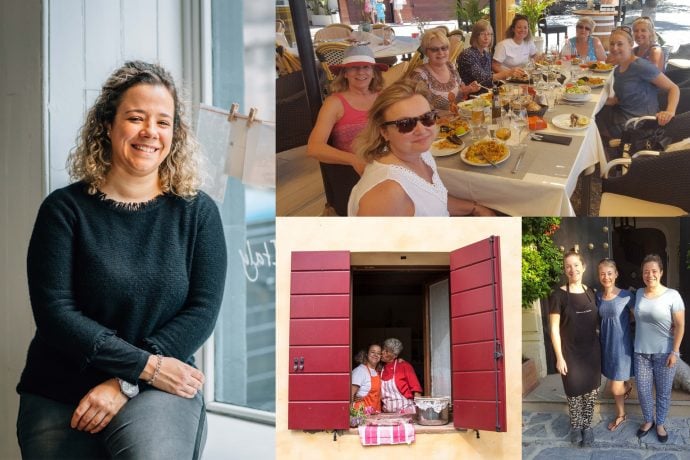