Join us in Bologna

You are here: Home » Holidays in Bologna, Italy

Home to the world’s oldest university, the gorgeous city of Bologna in Northern Italy may not be as much of a tourist hotspot as some other Italian cities, but it’s still bursting with character, culture and history. The medieval centre is packed full of palaces, colonnades and Renaissance basilicas, while the city’s impressive two towers climb high above the centre and provide stunning panoramic views.

Compared to some of Italy’s other historic cities, Bologna is suitably small meaning that it’s incredibly easy to explore on foot and in a relatively short amount of time. You can therefore allow yourself time to just wander about and get lost in the city’s vibrant streets.

Perhaps what Bologna is best known for however, is being the gastronomic centre of Italy. The larger region of Emilia Romagna is the birthplace of everything from Parma ham to parmesan cheese, while the city itself is of course home to the iconic Bolognese. You’ll be sure to find infinite variations of the classic dish in Bologna’s many trattorias.

Bologna is the undisputed culinary capital of Italy and home to the iconic Bolognaise.

The relatively compact city centre means you won’t need to hurry to see everything.

The streets of Bologna are lined with a number of impressive monuments and medieval constructions. 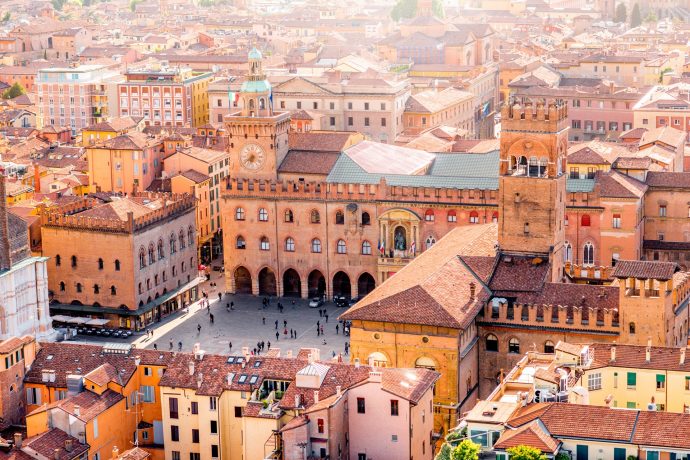 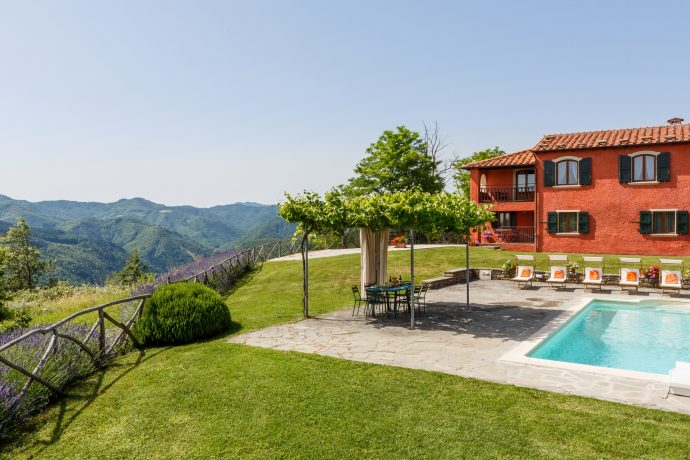 Discover the medieval beauty of Bologna and immerse yourself in local culture.
(7 guest reviews)

Pierluigi. It was a privilege and a joy to meet him and such fun to engage in the cooking sessions. I also enjoyed enormously our day in Ravenna. 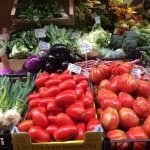 Bolognese food is some of the best in the world, and Italy’s culinary heartland is Read more » 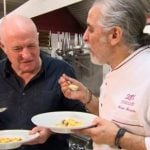 We are so excited to see the wonderful chef, Mario, featured on Rick Stein’s Long Read more »