We all think we know a lot about Italian food. It is embedded in our culture with ‘spag bol’ and lasagna being a staple in many food outlets and on our weeknight, dinner tables.

But when food becomes ubiquitous it can also become an approximation of the real thing.

This week we explore why it’s great to cook pasta in the traditional al dente way; why tomatoes are called ‘golden apples’ in Italian; how many types of pasta shape you can buy and lastly, how to annoy an Italian!

1. Cooking pasta for too long might be very bad for your health

What’s the science behind this?

Starch is made up of crystals but crystals don’t dissolve in cold water. We know that because spaghetti placed in cold water does nothing except get wet! However, place pasta in boiling water and the chemistry begins.

The hot water breaks down the crystals and the effect is the starch dissolves. The water can then be absorbed by the pasta and we can then eat it.

Yet the more you cook pasta, your body can absorb more starch, your blood sugar rises rapidly and depending on your health, for example having type 2 diabetes, this can be bad news.

So what’s the solution? It’s easy. Cook your pasta to al dente then run it under boiling water, then cold water and leave it to cool. Then boil some water, drop in the pasta for a minute to warm through and serve as normal. The glycemic load will be reduced and this method is easily adopted. On the other hand, you can make sure your pasta is never overcooked in the first place. 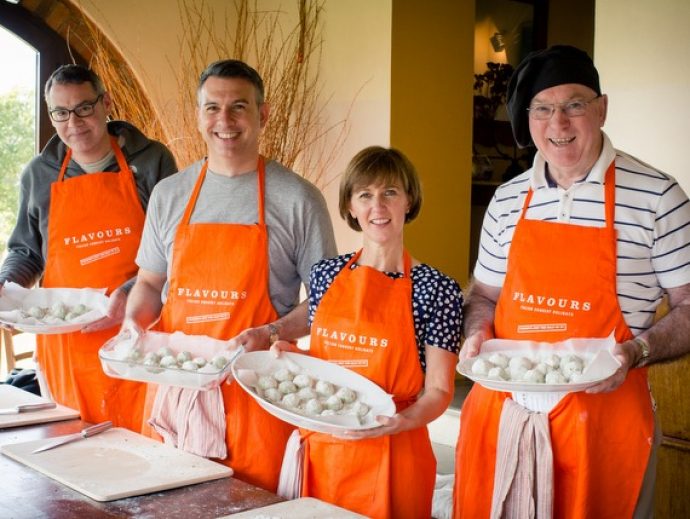 Freshly made pasta by guests in Italy

Although the tomato came to Europe in the 16th Century,it took quite a while for people to become convinced. It’s not surprising as the tomato belongs to the Deadly Nightshade family, so scepticism might well have seemed a lifesaver.

The Italians named this new import: ‘pomodoro’ or Golden Apple. Anyone learning Italian might have thought this to be a little idiosyncratic or romantic. But there is a reason.

Professor David Gentilcore, whose specialism is Early Modern History at Leicester University, has an explanation. Alongside tomatoes came their cousins, tomatillos. These are usually yellow; hence the name Pomodoro. Even though the Tomatillo was cast aside the name was embedded in the language forever.  So now you know. For more fascinating information of this staple food, read David’s book Pomodoro! A History of the Tomato in Italy.

What you may not realise is that it was actually the Spanish that embraced the tomato first. They blazed a trail by frying the tomatoes with onions and aubergines to create Ratatouille. It was not until the late 18th century that we see tomato sauces being used in ways that we recognise now.

Amazingly, we had to wait until the 19th century for Naples to invent pasta al pomodoro and pizza Margherita. Now it is almost impossible not to associate Italian cooking with the pomodoro. 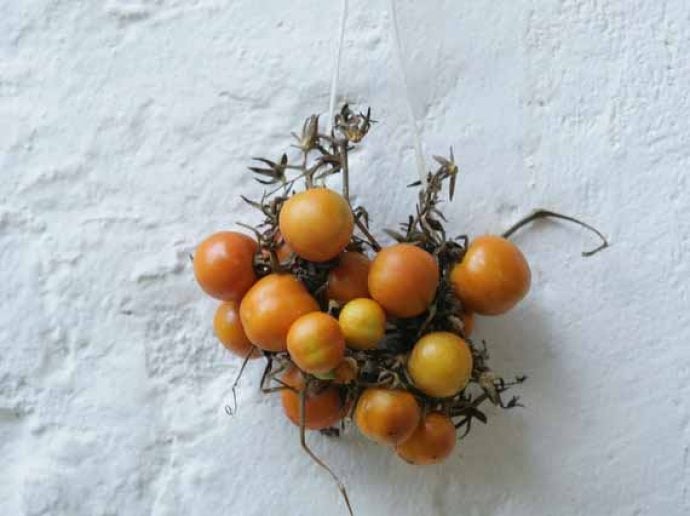 Why is it we are all so attracted to the wonderful variety of pasta shapes? Yes, there are reasons for the designs, but doesn’t a packet of Riccioli or Radiatori make you smile? And imagine the possibilities when they hit boiling water? For a brief look at the main types of pasta try this Pasta dictionary.

However, if you’d like to delve deeper, then it’s time to realise there are at least 450 types of pasta shape!

Different shapes have been created to extract the taste from the dishes in which they are used. Of course they are regional, as food in Italy is defined by the geography and culture of each separate area in this country which were once so fragmented.

In Northern Italy, some of the shapes you will find are Strozzapreti, Trofi and Gigli. These all have different uses. Trofi is fantastic served with pesto, green beans and potatoes, and makes the most fabulous pasta salad with olives, tomatoes, onions, basil, pine nuts and anchovies – or anything really that takes your fancy.

In southern Italy, you’ll find Penne or Orecchiette pasta that lends itself so perfectly with anchovies, chilli, broccoli and oil.

There are so many pasta shapes to choose from that it would be a shame to just stick to spaghetti Bolognese or Lasagna. It’s time to experiment, with just another 448 to go! 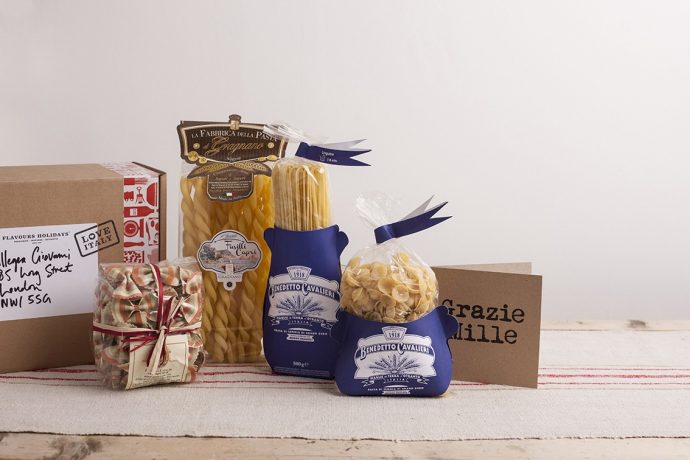 4. Polenta is very important to the Italians?

When you learn a language you start to understand the heartbeat of a nation and how they choose to express themselves. When you see how many proverbs there are featuring polenta in Italian, you’ll realise that Polenta is obviously a staple food.

A favourite is “Li separa il filo della polenta”, which means two people are literally separated by a thread of Polenta, meaning that they are incredibly similar.

It’s not only proverbs that feature Polenta. We all know the cultural differences between North and South of Italy, where Northerners are known as ‘polentoni’ or polenta eaters, whereas the southerners are rather rudely termed ‘terroni’ or agricultural workers.

Polenta defines a nation, and provides a hint of what Italians hold dear. 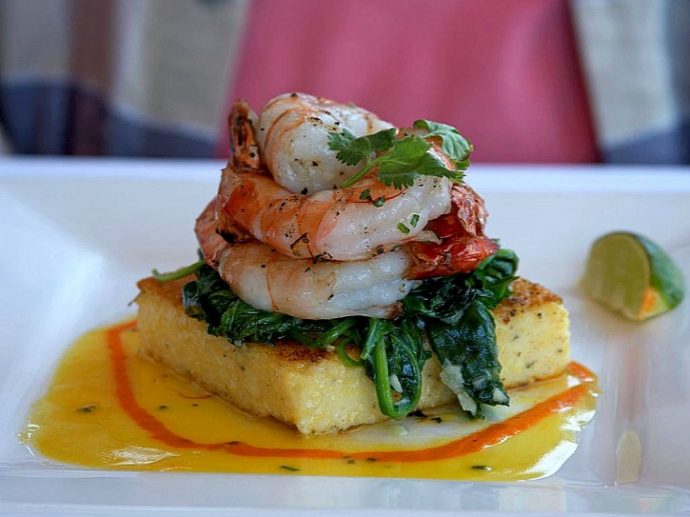 5. The way to annoy an Italian is to mess with their food

There are probably many ways to annoy Italians. Listening to their lack of patience on the streets of Rome you would imagine it would not take very much. But if you are serious about offending an Italian, then serve salad dressings, cream in a pasta dish and then offer ketchup or salad cream!

Sometimes cross-cultural fertilisation works well and new dishes are created. Yet, to adulterate a highly defined cuisine such as regional Italian really is a crime.

The only time you can get away with using cream with pasta is when you cook it with salmon. When you serve a salad,  use a light vinaigrette and maybe a touch of oregano, not salad dressing.

The American desire for thick crust pizza is anything but authentic. You will always find thin pizzas when you order in Italy. You won’t find garlic bread either; that’s a figment of the American imagination.

You’ll find dry bread without butter in most Mediterranean countries.