Venice’s world-famous Carnival (or“Carnevale”) is one of the biggest celebrations in Italy! 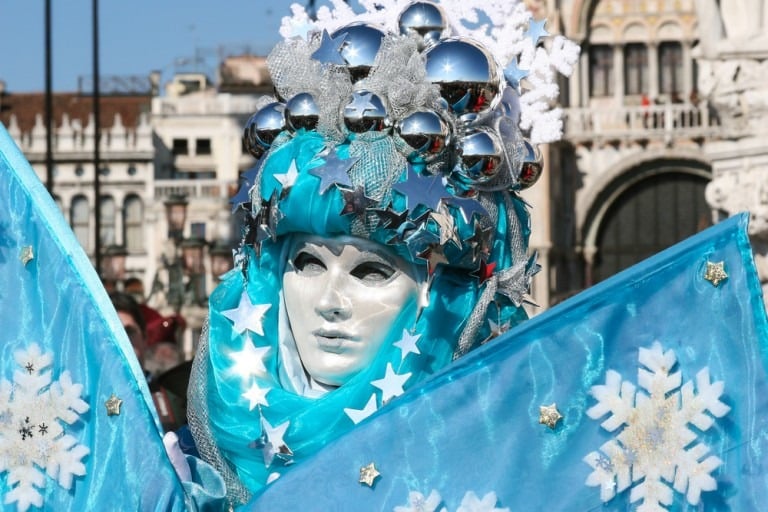 In the past, the Carnevale was much more than a masked festival – the citizens of Venice spent the few weeks enjoying the hedonistic pleasures and lavish feasts that were characteristic of the Carnival. Palaces opened their courtyards to host grand celebrations – there was music and dancing all day and night in the alleyways, small squares and even on the water. The long-standing tradition of wearing masks also made it possible to hide the differences of status and class amongst the Venetian people.

Only from 1967 the first parties were reorganized with parades of masks and costumes, masked balls and music. Nowadays in Venice, they schedule many feasts, parades and the famous Flight of the Angel, when a girl in a stunning angel costume flies along a rope from the San Marco bell tower to the middle of the Square. The flight is held at noon, and is attended by thousands of locals and tourists alike. Over the last few days of the Carnival, a big wooden stage hosts the awards ceremony of the best masked costume, which is elected after several parades that take place during the central days of the festival. This stage also hosts different plays throughout Carnival, where traditional masked characters from the Commedia dell’Arte like Harlquin (Arlecchino ) entertain the crowds.

The Carnival lasts from Epiphany (Epifania) on the 6th of January until Shrove Tuesday (Martedi` grasso) on the 13th of February. On the 14th, Ash Wedneday (Mercoledi` delle ceneri) marks the beginning of Lent and the end of the celebrations.

The typical desserts of Venice during the Carnival are Galani, Frittelle (with cream, zabaione, raisins and pine nuts) and Castagnole. Why not try making your own Frittelle this Carnival season with our Flavours recipe!

a handful of raisins

a pinch of salt

Juice of half an orange

Juice of half a lemon

Half a small glass of grappa 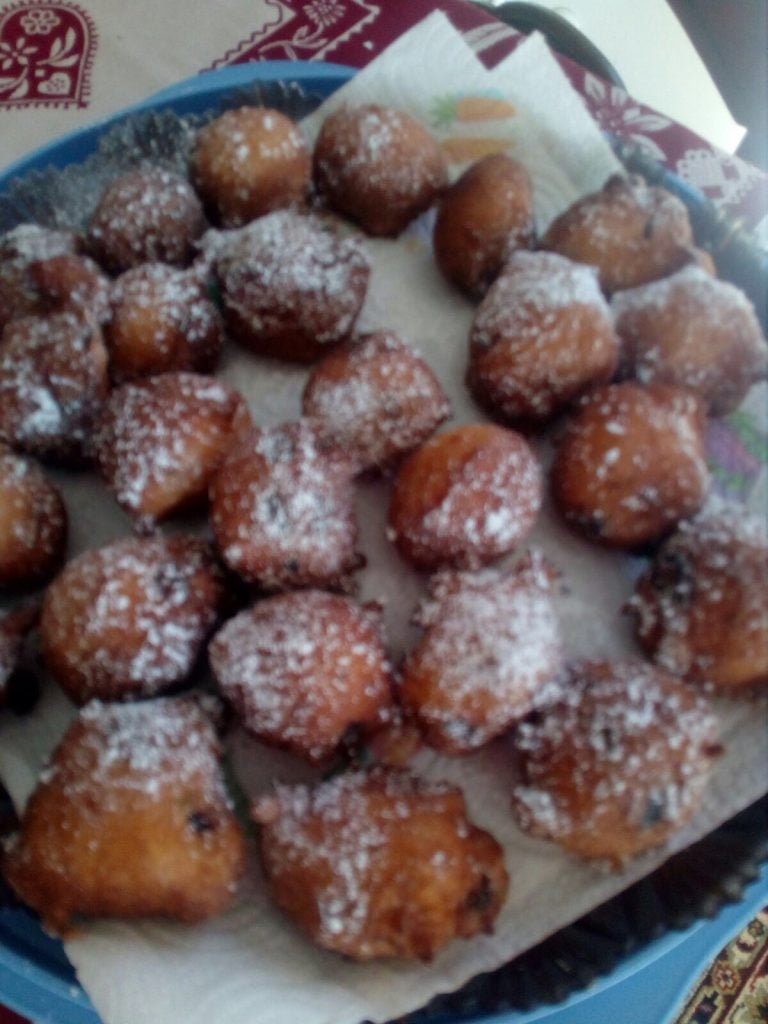 Our Flavours frittelle, made in the office!