The Italian life from an American perspective

How does an American expat survive in Italy? Today’s guest post from the award winning American blogger Elizabeth Evans is a humorous article about the Italian life from an American perspective.

Since moving to Italy and starting my Surviving In Italy blog I’ve heard my fair share of, “You’re so lucky! Italy is so perfect!” from friends and family and people who want to live in Italy one day. I have to admit that I shared the same sentiments when I first moved to the beautiful country in 2009 to study art in a graduate program in Florence. Italy was everything that I wanted and needed at that point in my life. As the years went by and I married my soul-mate, an irritating man who I still adore even five years later, I found that the Italian life was very different from what Americans see as tourists. Things are much more complicated and adapting to a culture that isn’t your own is, well, really hard. In fact, sometimes it’s just terrible. Why? There are differences that you don’t get used or understand until years into the game. For example:

Space. Americans are used to a lot of space. We put a full football field between ourselves and another human in a restaurant. We have a full forcefield around us when we chat with someone face-to-face and we never sit on top of a stranger in a movie theatre. Italians don’t have the same space issues that we have. They don’t mind touching, bumping into, or standing directly against a stranger at a bar, on a bus, or even in a restaurant. They tend to lock eyes when they speak and sometimes they get so close it looks like everyone is leaning in for a kiss. It can feel claustrophobic and invasive for an American. 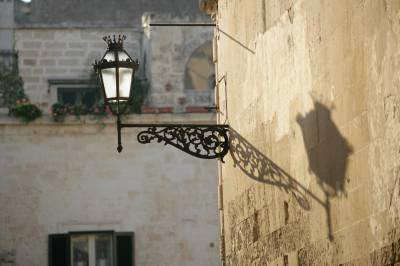 Staring. Americans don’t stare because it’s very rude in our culture, whereas watching other people for a long period of time isn’t that big of a deal in Italy. I personally struggled with this a lot because I’m shy, for a while I felt like everywhere I went my every move was being documented. I felt violated at the grocery store, stalked while picking up dog poo, and monitored while shopping for jeans. This much attention and staring just doesn’t happen in the US so it took years for me to become accustomed to being stared at. For a short time I became paranoid and experienced some serious anxiety over it. 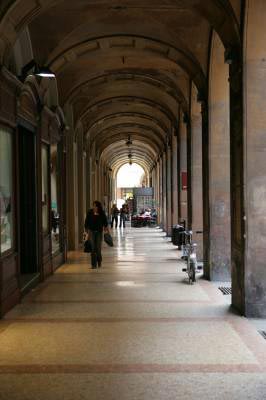 Making Friends. Human interaction is very different in the US and Italy. It’s actually the opposite. Americans have a very no rubbish attitude about life which extends to friendship. We are often standoffish and sometimes cold until we decide we want to befriend someone. Once we’ve decided that, it’s pretty common for people to open up almost immediately. A cold standoff can quickly turn into a over-sharing session of, “my grandma used to do orange juice enemas,” whereas ten minutes before people weren’t even talking. In Italy, people are expected to be friendly within certain situations so at a cocktail party for example, people will be initially friendly from the beginning. They’ll shake your hand and ask you a few questions and will appear to be creating a friendship with you, chatting, smiling, but often it’s just out of propriety. And you’ll notice that the conversation will rarely move away from work, the weather, and cake. People really like to talk about cooking and cake. It can take years to learn how to read the signals of someone outside of your culture. Even now after five years I’m not exactly sure when is the right time to ask someone to hang out or when they are only being nice and secretly want me to put forks into my eyes. No idea. My husband has the opposite problem, in the US when people are standoffish to him he immediately takes it as a sign that they are mean and unfriendly. “Babe! Did you notice he won’t look me into the eyes?!” I nod, “Yeah, it’s because he doesn’t want to kiss you, dude.” This confuses him.

Customer Service. When you arrive in Italy don’t expect most customer service people to smile at you or make small talk. Only the rare, rare few will chat with you, smile, and try to charm you. Italians rarely work for tips or on commission so there is no real incentive to be especially nice to every customer they have. Plus, they tend to assume they’ll never see you again (and they’ll be right more often than not) so there’s no real point in being your buddy. People don’t eat in under one hour so the waiters will not come to your table every two seconds or give you your check while you’re still eating dessert. If you want something you have to call them over and ask for it. They won’t want to bother you while you’re eating. I’ve actually come to dislike the way things work in the US. I don’t like to be hurried during a lunch and I hate when my conversation is interrupted every ten seconds to see if I need another water. Seriously, if I don’t call you over, do not talk to me. Leave me with my friends in peace and no, I don’t need my starter, entree, and dessert within a 30 minute period. If I’m not at McDonalds, I don’t want fast food. When I tell my waiters that in the US they nod and then quickly bring me everything right away because they don’t want “to get yelled at.” Seriously, why go out to eat if you’re just going to inhale your food and run out? I’m with the Italians on this one.

Author Bio: M. Elizabeth Evans moved to Florence, Italy in 2009. Her blog, Surviving In Italy, is an award winning blog know for its raw humor and honesty. She married an Italian man that she likes almost all of the time and they have a poodle Oliver who is a recovering sex addict. Dwayne, the capybara that M.E. dreams of owning has still not made it into the family because her husband is holding out on her. She is currently writing a book about her life in Italy based on her blog. She would like to thank her awesome readers who are mostly better than almost everyone else. It’s been proven by science.