Flavours guest Linda joined us in Sicily last year, and is about to learn the ins and outs of Puglian cooking later this year – what better time to review Luca Lorusso’s ‘Sharing Puglia’! 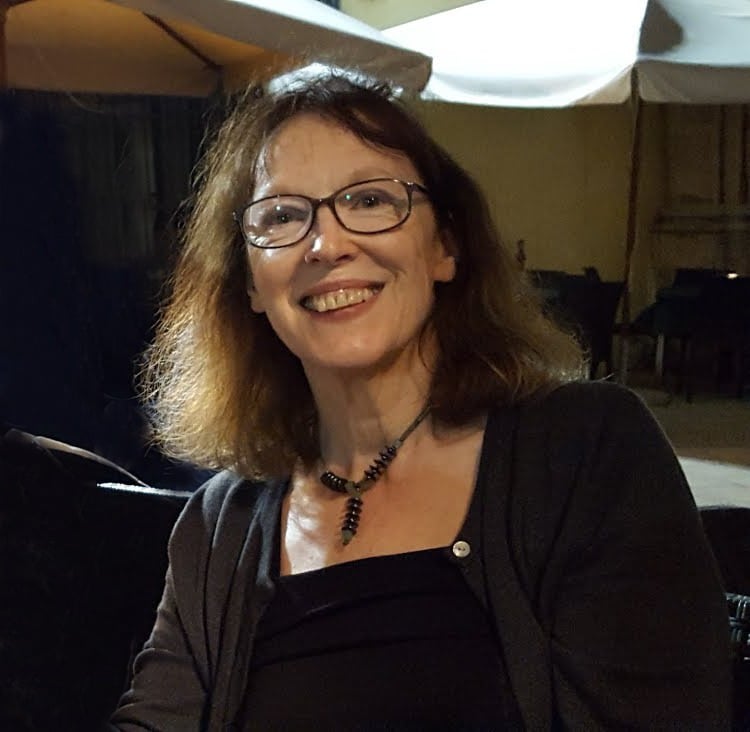 In the last decade or so, Puglia, that lies in the heel of Italy and which has long provided cheap holidays for discerning Italophiles, has become a fashionable destination.

Celebrities like Madonna and Tom Hanks have been seen on vacation there, while the British actress Helen Mirren has even bought a farmhouse where she is reportedly growing pomegranates. They are attracted, perhaps, not just by the kind of traditional Mediterranean life that has been slightly lost in the South of France and Spain, but also by a food that is as close to the Mediterranean diet as you will find: plenty of strong-flavoured vegetables like peppers, artichokes, endives and fennel, a wide range of fresh fish from prawns to anchovies, a dash of meat for occasions, and of course the extra virgin olive oil which some say is the best in the world.

So, a good book on Puglian food was long overdue. ‘Sharing Puglia’ could well be it. It is the manifesto of Luca Lorusso, a Puglian exile now living in Australia where he runs Café Latte, an upmarket eatery in a smart Melbourne suburb. With his friend and co-author Vivienne Polak, he claims Puglian food to be more sophisticated than its label, ‘cucina povera’ – cuisine of the poor – implies. It may still have the simplicity of peasant food but it is as tasty as it is nutritious, and is at best deeply satisfying. I couldn’t wait to embark on my new culinary journey!

I started my testing with something straightforward. Both Insalata di Cavolfiore, a warm roasted cauliflower salad which has a hint of the Middle East with pomegranate molasses and fresh seeds, and Insalata di finocchio, a fennel, radish and endive salad (which you can easily make without a mandolin, as instructed in the method, by using instead a sharp cooks knife) would not challenge even the least experienced cook. The pasta, though, proved for me a little more challenging.

In Puglia pasta is made simply using semolina flour (made from durum wheat) plus a little superfine 00 pasta flour and water to bind. There are no eggs involved, and yet it still turns out smooth and ready to turn into the many shapes suggested in the book! Or at least it should do.

The texture is crucial, as I discovered when I tried to make the famous Puglian orecchietti. I added too much water and it was difficult to form the ear-shapes that make this pasta so distinctive. So, I put it in the fridge and forgot about it. There were many more inspiring recipes to play with:

In Peperoni ripieni, red peppers are stuffed with aubergines, tomatoes, olives and capers, then finished with a scattering of breadcrumbs and a healthy drizzle of extra virgin olive oil. The peppers were gloriously tender and brimming with umami flavours, a vegetarian dish you could happily serve to the most dedicated carnivore.

The Frittata con asparagi worked fine, except I modified it a little and made it in a 19cm based frying pan, used eight eggs instead of sixteen, and used only 150g of asparagus as I was serving 4 people. I found a small error in the method, forgetting to tell us what to do with the soaked bread. I used less bread and milk, and added it to the frittata along with the asparagus.

Finally, I tried Torta alla nocciola. Being a huge fan of flour free nutty chocolate cakes I was very enthusiastic to test this one out!

The nuts are toasted, then coated in caramel before grinding, giving it a nice toffee crunch. They are also used for a good looking scattering to top the glossy robe of chocolate ganache, a tantalising secret making it very special. I did find there was too much mixture for a 20cm baking tin, so do use a larger size to avoid mixture spillage during cooking.

‘Sharing Puglia’ is so beautifully photographed and tastefully designed it’s a real treat to cook from. The creative use of simple ingredients of the region made me want to go there very soon. My visit, I’m sure, will be helped enormously by the author’s use of the original Italian recipe titles as I choose from the local restaurant menus.

As for the pasta dough…I ended up rolling it out thinly, cutting it into rag shapes and serving it with his Mamma’s ragu on p. 119, and it was wonderful.

We think these recipes sound absolutely delicious and we hope Chef Antonio can help Linda perfect her orecchiette on her upcoming trip to Puglia! Looking forward to seeing more of Linda’s beautiful photographs.