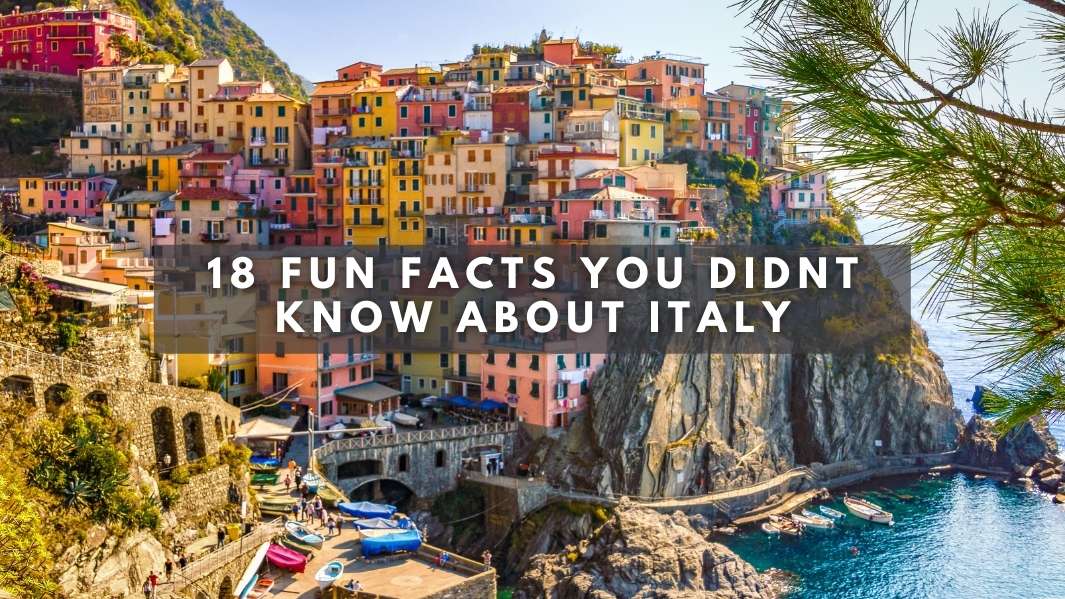 It’s no surprise that we love Italy! In fact, our team are all Italy experts and love its food, history, culture and lifestyle. So it’s obvious that we talk about Italy all the time, and we’re guessing that you have some interest in Italy too. We decided to do a deeper dive into Italy and uncover some fun facts about the country.

We have to admit that we thought we knew quite a lot about Italy but when we dug a little further we were surprised to uncover these 18 fun facts about Italy that we didn’t know! And we think you’ll be surprised too!

Read on to find out more about this fascinating country and let us know which fact surprised you most!

1. Italy is the fifth most visited country in the world

Over 62 million international visitors entered Italy in 2018. Some of the most recognisable cities and towns are Rome, Florence, Milan and Amalfi coast. These beautiful destinations are known for their famous landmarks, such a the Trevi Fountain and the beautiful Amalfi coastline. 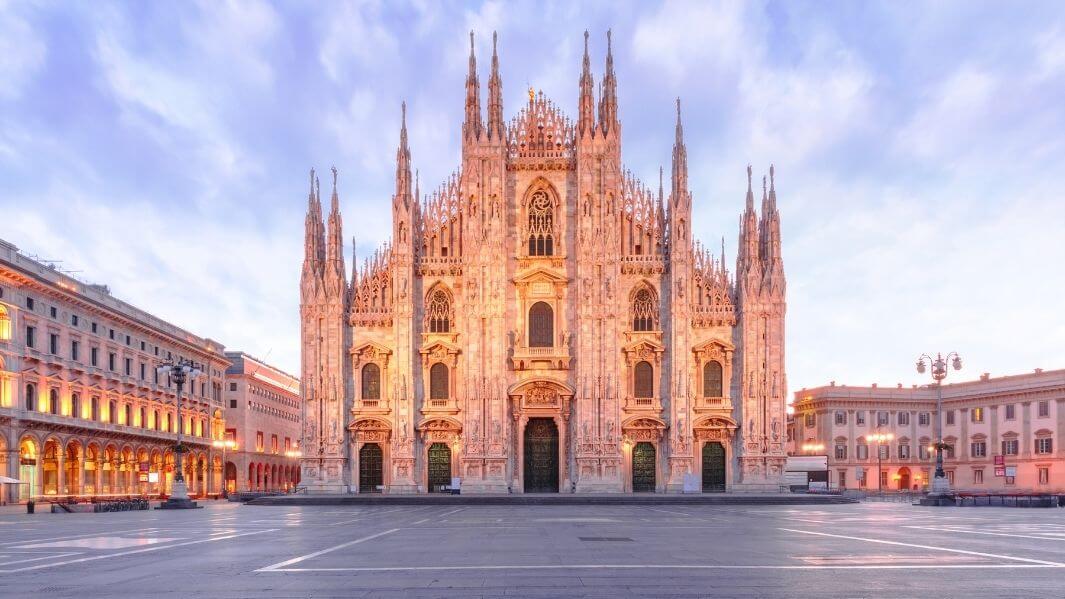 Milan Cathedral with no tourists!

2. Interestingly much of Italy used to be part of Ancient Greece

The city of Syracuse in Sicily was once the largest city of Ancient Greece, and even equalled Athens in size, before its eventual decline.

In history, the Romans used to call the whole of Sicily and the foot of the boot of Italy  – “Greater Greece”, since so many Greeks resided there for such a long time.

Amazingly, pockets of Greek culture and language have remained in Sicily to this day. The tiny Girko community speak a form of Greek that is believed to derive from the colonies of Magna Graecia. 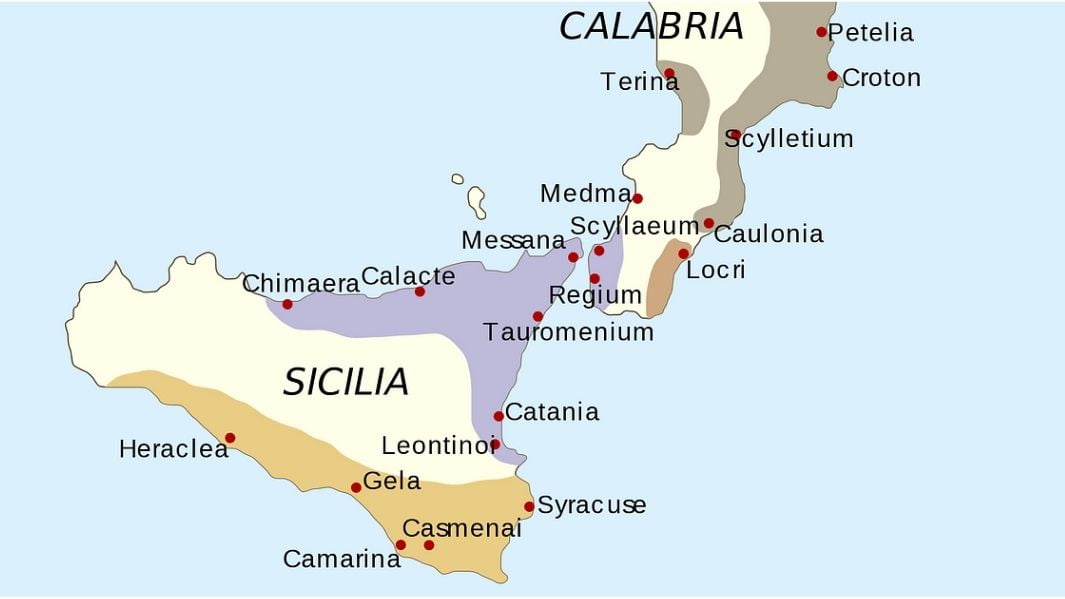 3. The Romans were nearly wiped out

At its peak in the 1st century, Rome’s population is thought to have been approximately 1.5 million, but by the time Rome fell in 476 A.D, that figure had fallen to a mere 17,000.

Today, about 99% of the ancient Roman population was lost, meaning virtually no Roman today could claim to directly descend from the city’s ancient population. 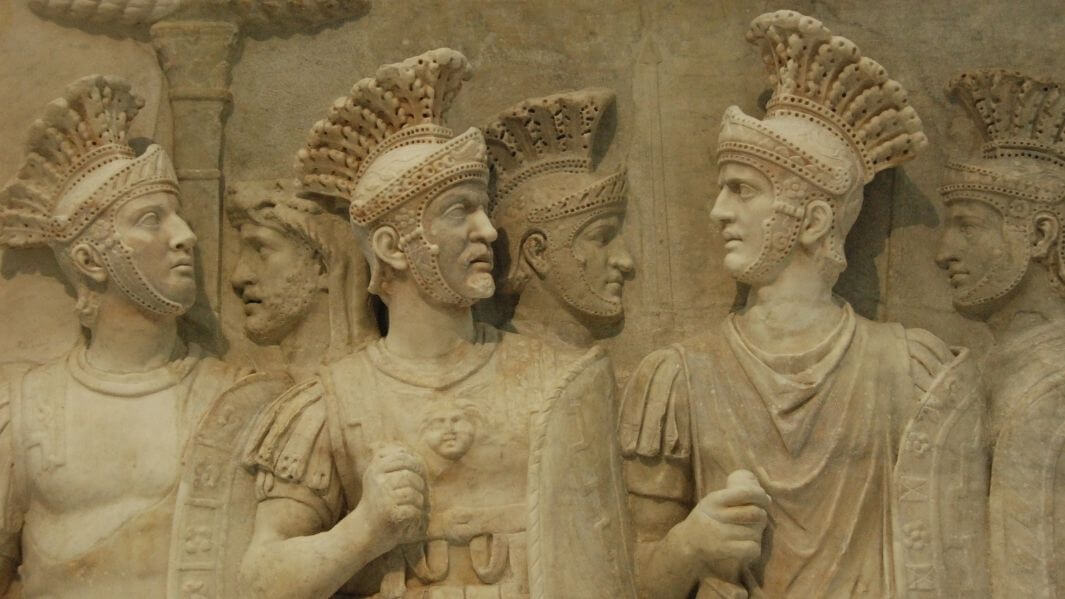 Perhaps one of the best-known facts about Italy is that the University of Bologna was founded in 1088, and has been in continuous operation ever since, making it the oldest university in the world.

Of the top 10 oldest universities in the world, 4 of them are based in Italy – the others being the universities of Padua, Naples and Siena – more than any other countries in the ranking! 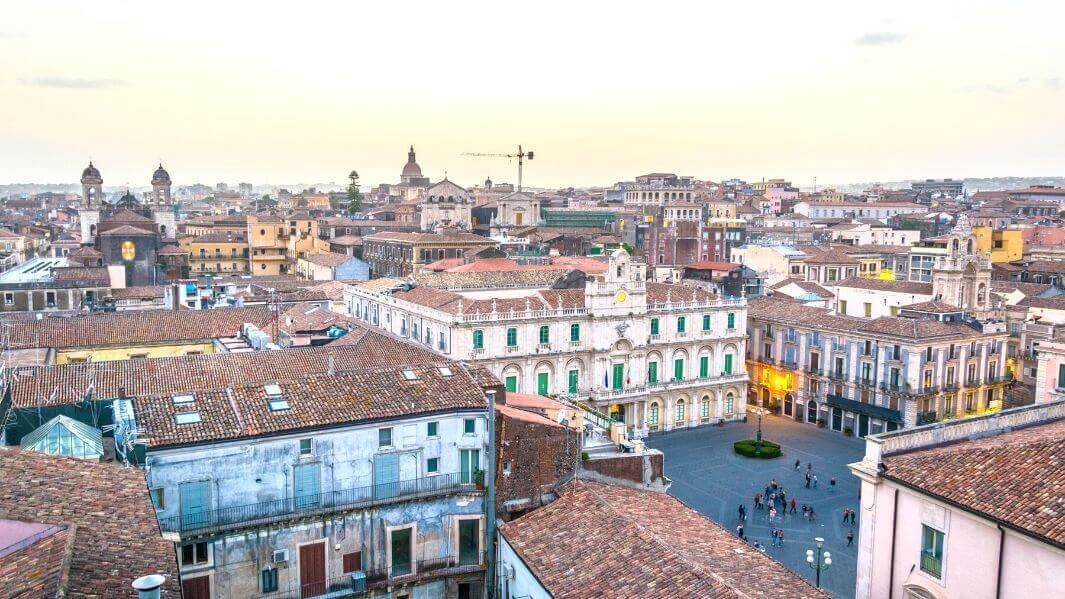 Wonderful view over the University of Bologna

Just about any nation on earth has some sort of love affair with football (except perhaps the US and Canada), but such is the fanaticism of Italian football fans that people have taken to calling them “Tifosi”, which literally translates to “carriers of Typhus”. Just goes to show that their love for the sport is quite literally like a disease! 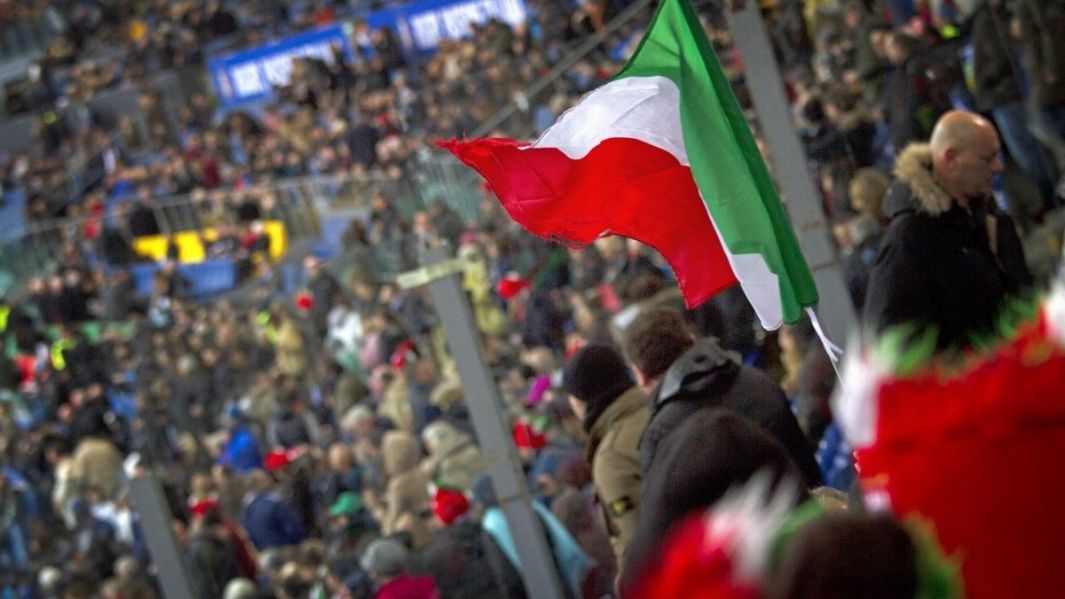 6. Cats have got rights

Romans are said to adore their feline friends so much that they are considered “a bio-cultural heritage”. Anyone convicted of killing a cat – owned or a stray – could face a €10,000 fine and up to 3 years in prison.

It is estimated that Rome alone is home to around 300,000 cats – the only residents who are permitted to explore the ruins whenever they like. 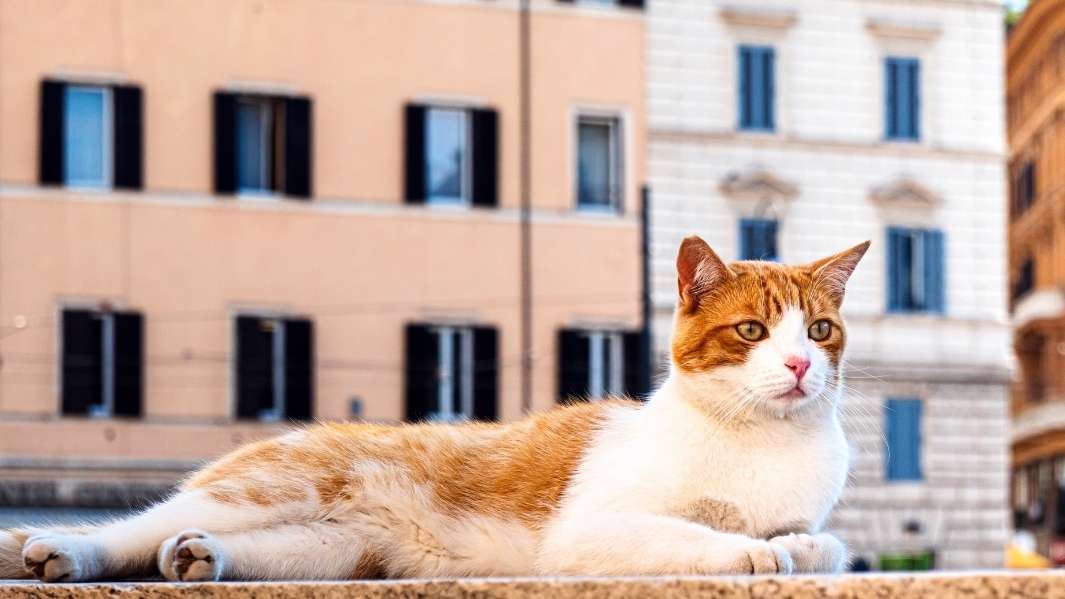 Incidentally, in 2011 an Italian cat inherited over €10 million after its 94-year old owner passed away, making it the third richest animal in the world (the fact there are richer animals is incredible). The owner Maria Assunta left her “entire estate” to the cat under the care of a trusted nurse (you may not be surprised that Italian laws does not allow animals to inherit directly).

7. The Italian Police Force use Lamborghinis

If one thing’s for sure, Italian car thieves must be few in number seeing as the local police waiting in the wings behind the wheels of one of the fastest cars in the world. Then again there are, apparently, just several Lamborghini Huracán police vehicles in use in Italy.

Then again there are, apparently, only several Lamborghini Huracán police vehicles in use in Italy. But still, where else in the world would you find the police in Lamborghinis?! 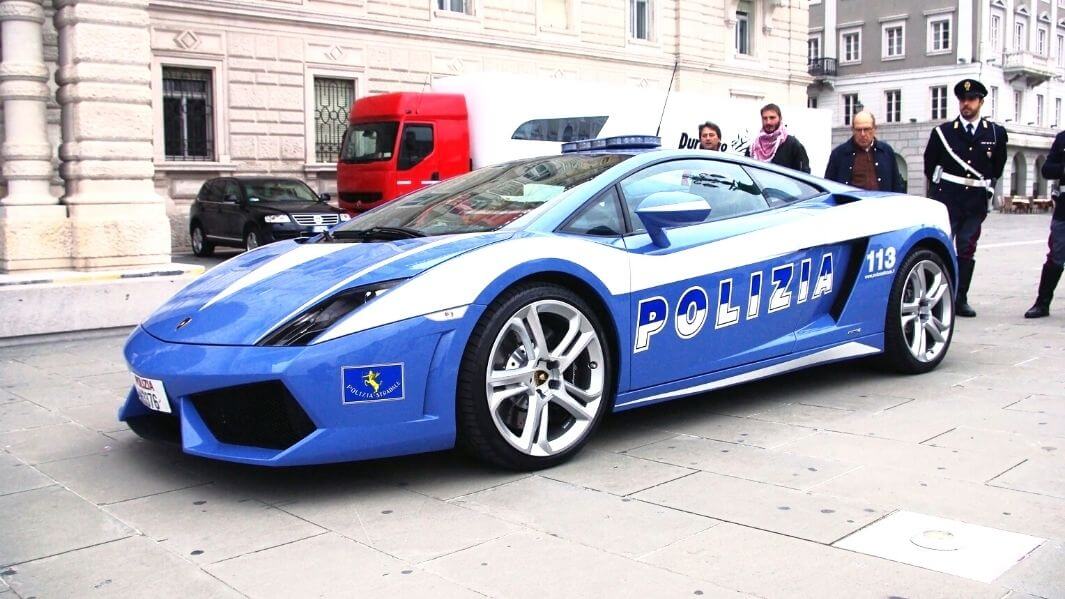 8. Superstitious is the only way to be

It’s quite commonly suggested that Italians might be the most superstitious country in Europe. Some examples of everyday superstitions include:

There are plenty of amazing examples of strange Italian superstitions to be found as well! Most of which are unique to the region! 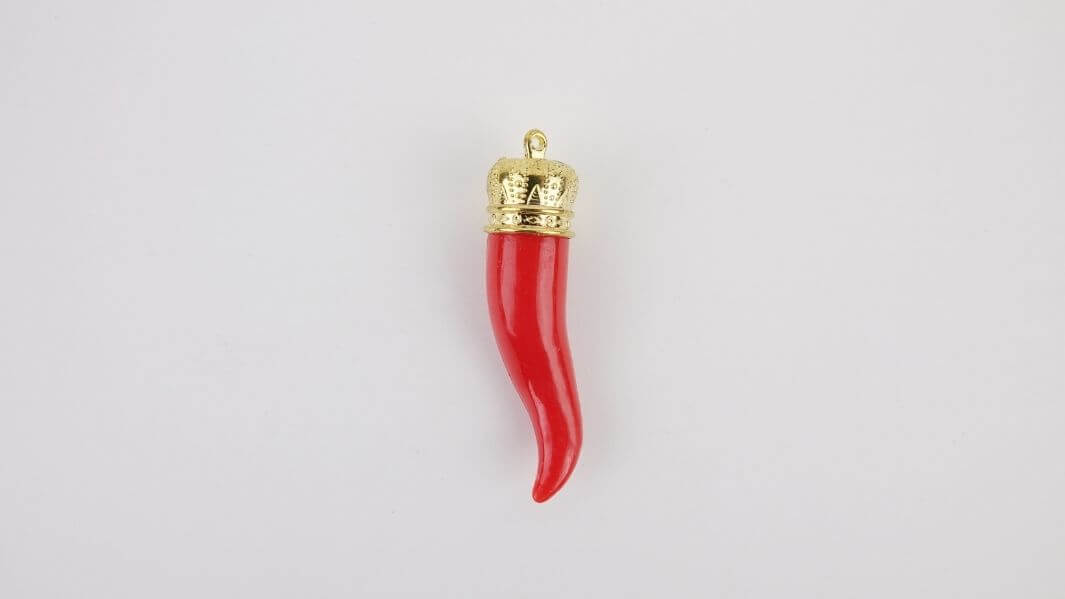 9. An Italian’s generosity knows no bounds

If you’re lucky enough to have eaten in an Italian family home, you’ll be well aware of just how generous Italian people are to guests, particularly when it comes to food!

But what you might not know is that, collectively, they are a very charitable nation too.

For instance, it is estimated that roughly €3,000 in change is tossed into Rome’s Trevi Fountain daily! Over the shoulder, of course, so as to avoid getting bad luck. Legend says if you toss a coin in the fountain, you are destined to come back to Rome. Even though tourists now join in the cause, it was started by Italians and all proceeds go towards local charities. 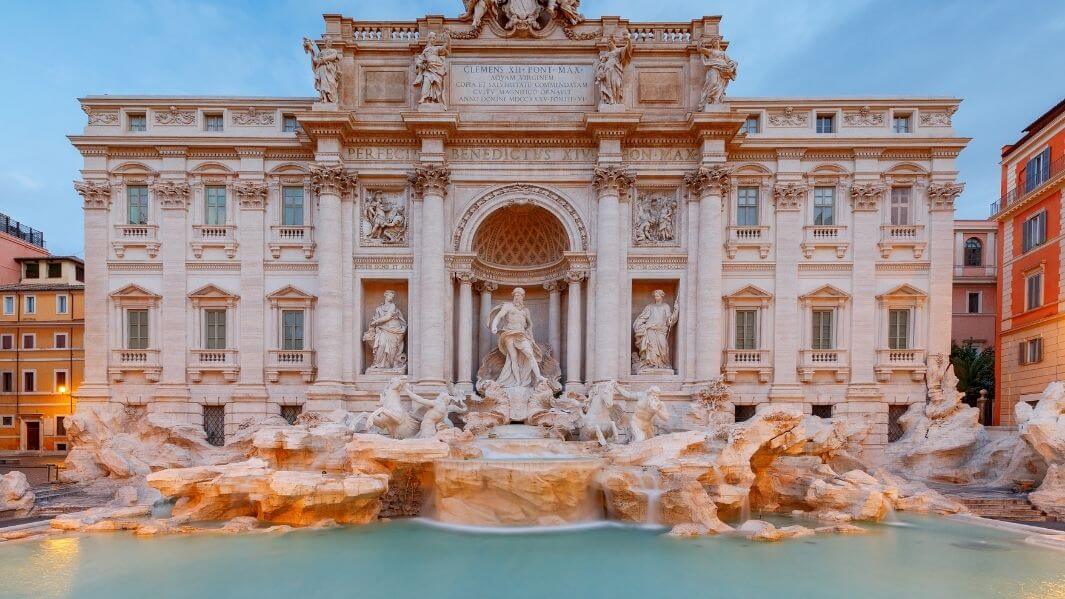 Don’t forget to throw your coin into the fountain

Wouldn’t we all if we had an Italian mother preparing our meals for us every day and night?

There’s probably a bit more to it than exquisite home-cooking – perhaps the effect of the global recession, for instance – but more than half of Italy’s male population between the ages of 24 and 35 still live with their parents, according to a study carried out by Istat.

It’s believed that the trend has actually caused many Italian men to put off marriage and raising a family until they are much older.

Even the Catholic church believes that “mammismo”, the classic attachment between Italian men and their mothers, is one of the biggest risks to marriage in the country today. 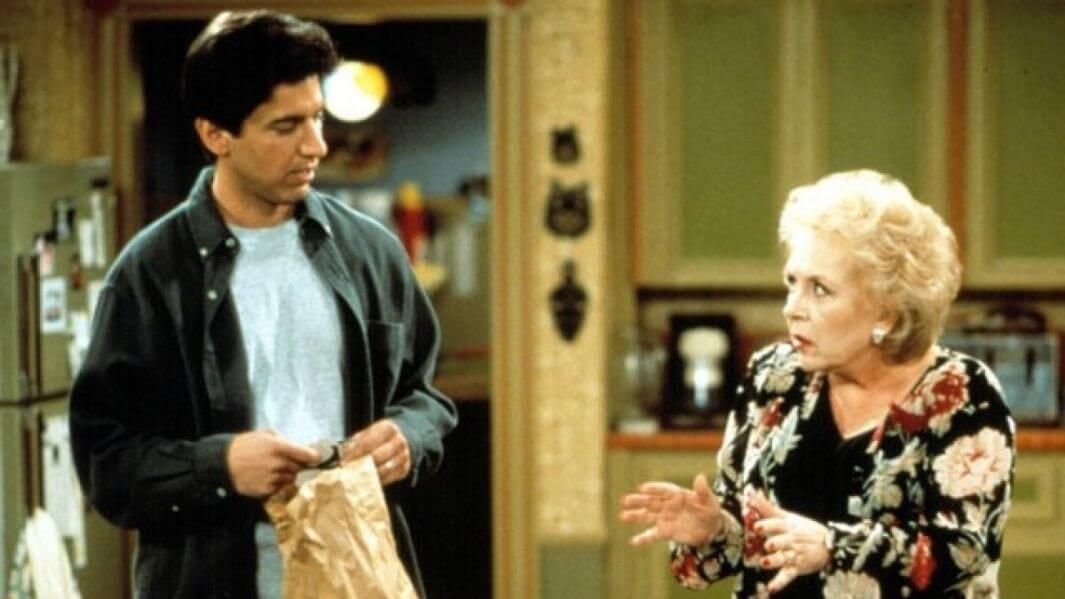 Scene of comedy series ‘Everybody Loves Raymond’ with the characters Raymond and Marie is somewhat of an example of ‘mammismo’. Image credit – CBS

11. Mussolini was expelled from school

And they should have read the warning signs…

There is a rather nasty blemish on Italy’s political history, in the form of Benito Mussolini. But his tyrannous reign might well have been prevented if those responsible for choosing a new leader had just listened to Mussolini’s old school teacher.

It is alleged that, at the age of 10, the notorious fascist dictator was expelled from a religious boarding school in Italy for stabbing another pupil in the hand with a pencil.

There continued to be another stabbing incident in the following school and also admitted to knifing a girlfriend in the arm. 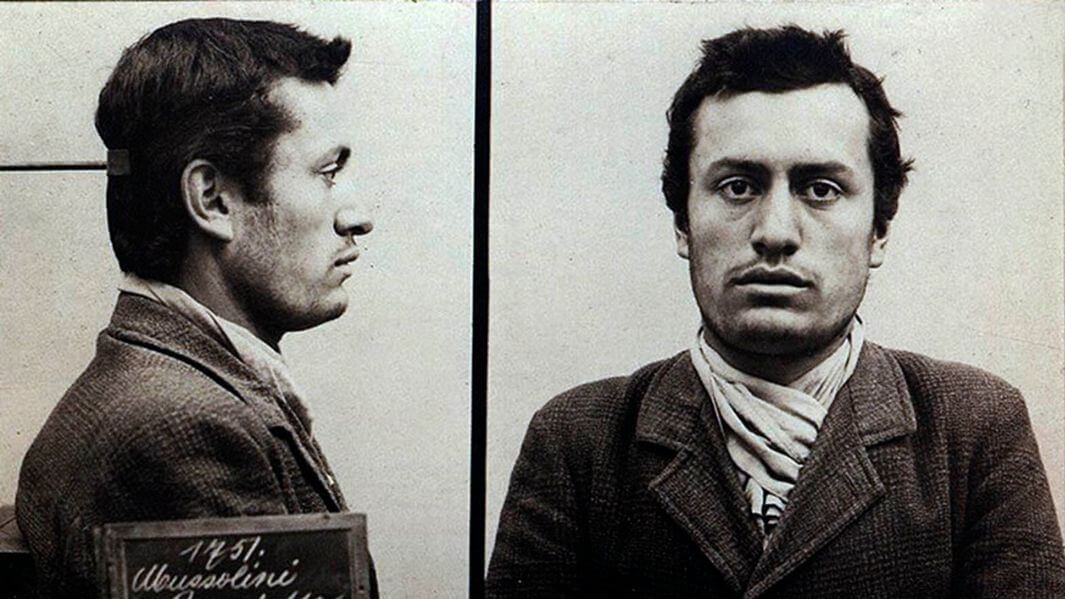 Mugshot of Benito Mussolini as a young man

With 59 million inhabitants, Italy is the fifth most populated country in Europe. However, the number of Italian descendants living abroad is far greater, after millions emigrated, mostly to The Americas, during the Italian diaspora period between in 1861 and the rise of fascism in the 1920s.

Since then millions more have emigrated.

To give you an idea, it is estimated up to 25 million Argentines and 31 million Brazilians have some degree of Italian descent – around 62.5% and 11% of the total populations respectively – while up to 18 million US citizens claim Italian ancestry.

And that’s not even counting Italians who emigrated to Australia, Africa and elsewhere in Europe. 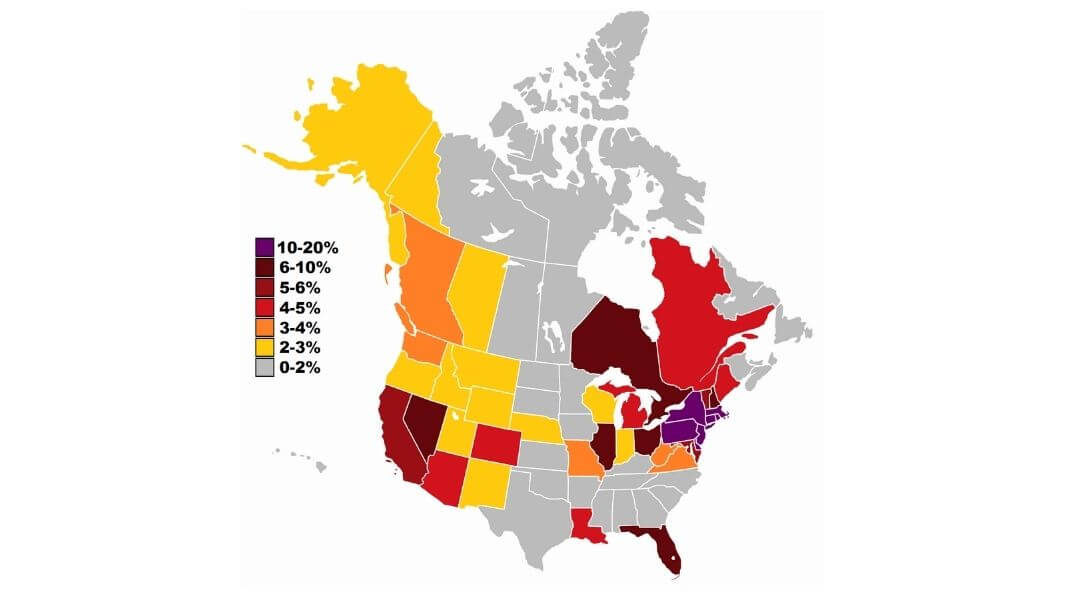 See the percentage of Americans from Italian decent

13. Italy is the only country with over 50 UNESCO World Heritage sites.

Italy has 54 World Heritage Sites, 5 of which are joined with other countries. These include the Amalfi Coast, the Historic Centre of Florence and the Famous Lagoons in Venice. 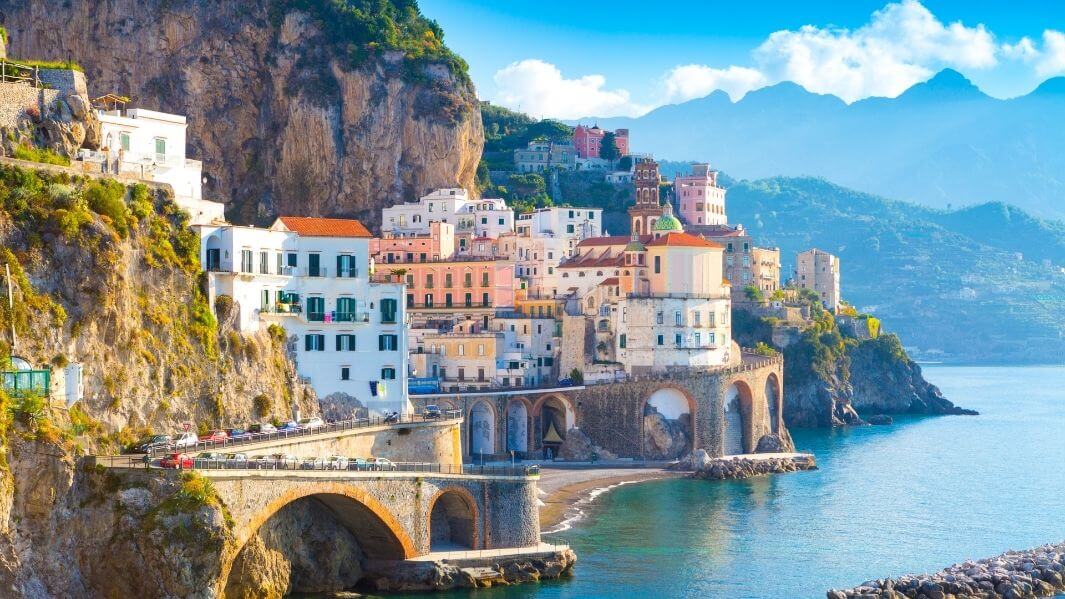 14. There are 12 minority languages recognised in Italy

These include Albanian, Catalan, French, German, Greek, Slovene and Sardinian.

A variety of other languages are recognised regionally , but not by the state, and many others that are spoken in very small communities are vulnerable or threatened by extinction. 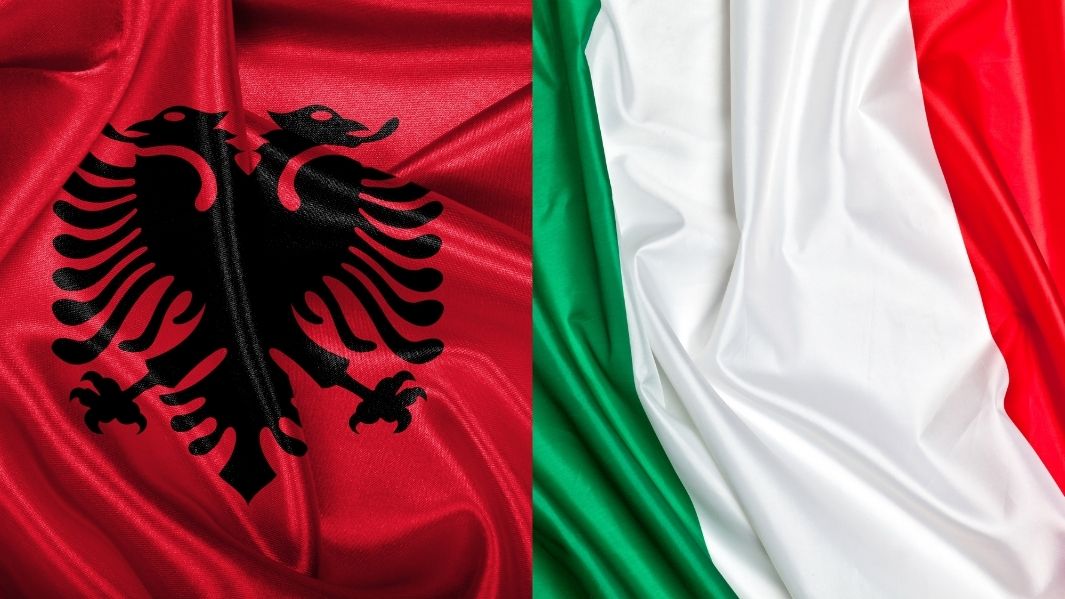 Flags of Albania and Italy

15. The average Italian consumes 25kg of pasta per year

Who, in their right mind, doesn’t like pasta? It’s unheard of in Italy!

It isn’t too surprising then the average Italian puts away 25kg of the stuff per year. To put that into perspective, that’s even heavier than your carry-on luggage for an economy airline flight (and let’s face it, we’re always a couple of kgs over.)

But pasta – and we’re talking fresh egg pasta here – is just so good. If you haven’t tried it yet, learn how to make it in our online Italian cooking classes! 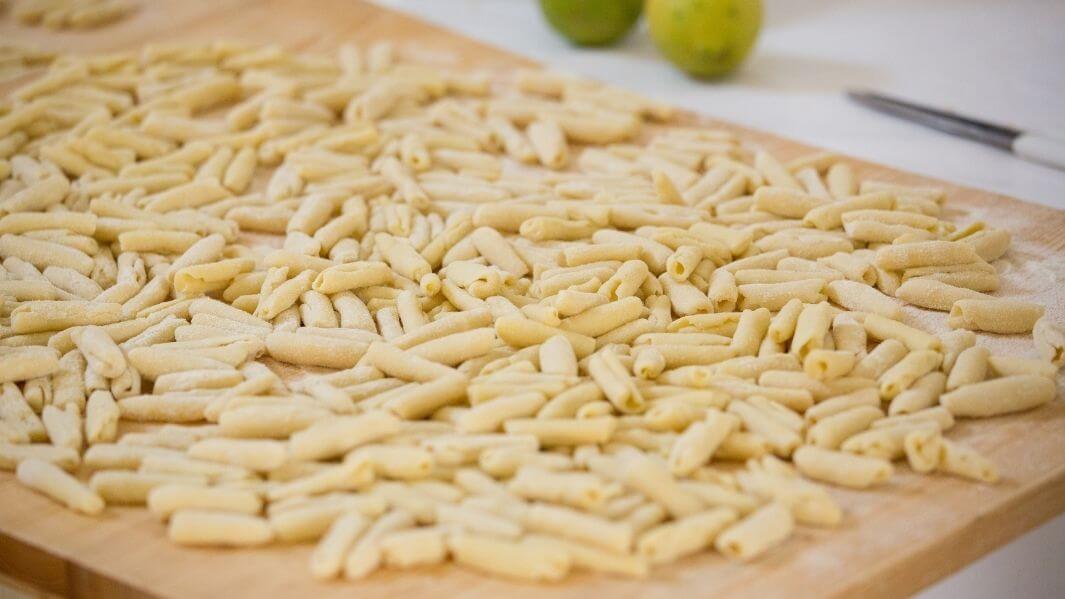 Nothing tastes better than home made pasta

16. Pizza had to earn its place in the kitchen

Given that tomatoes were not introduced into Europe until the 16th century, the pizza as we know it did not emerge as a genius piece of gastronomic innovation until a couple of hundred years later.

In fact, if it weren’t for the poor, who couldn’t afford to top their bread with anything else, man would have been deprived of this classic dish for even longer.

Until about 1830, pizzas were only sold by street vendors and special pizza bakeries. Then the first pizzeria opened up in Naples. Pizza quickly became a national favourite and for the rest of the world. 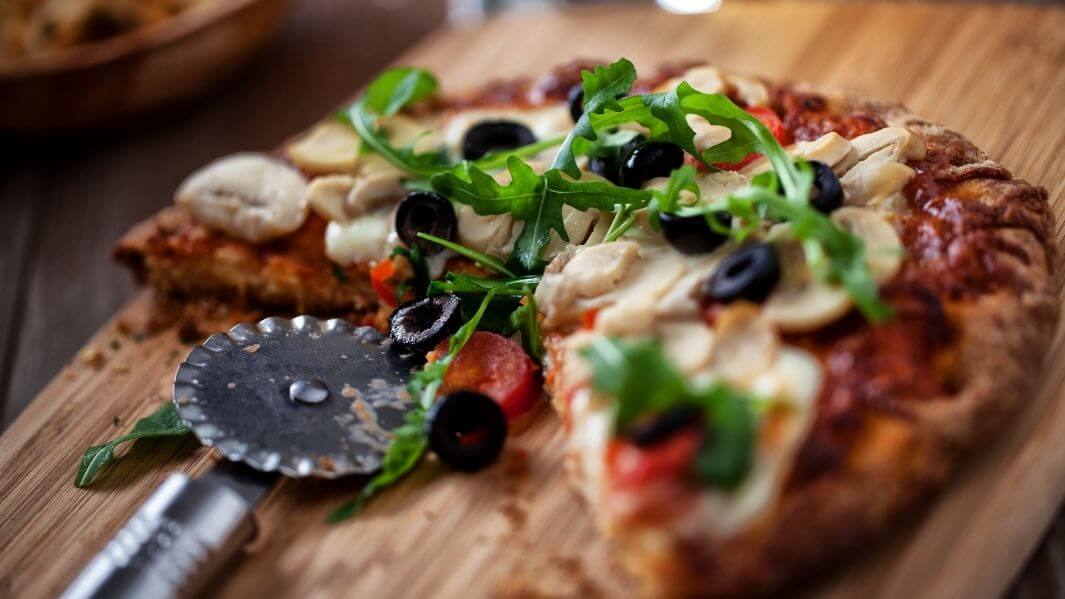 Yummy, are you feeling hungry?

Yes, it’s true and one of our cool facts! Gelateria’s make it daily with fresh, all-natural ingredients and it contains 70% less fat (and consequently far fewer calories) than factory-made ice cream.

There is also much less air in gelato, which makes the flavour more intense. Maybe that’s why Italians are so slim! Interestingly, gelato is also the only Italian product whose market share of artisanal versus industrial is greater than 55%. 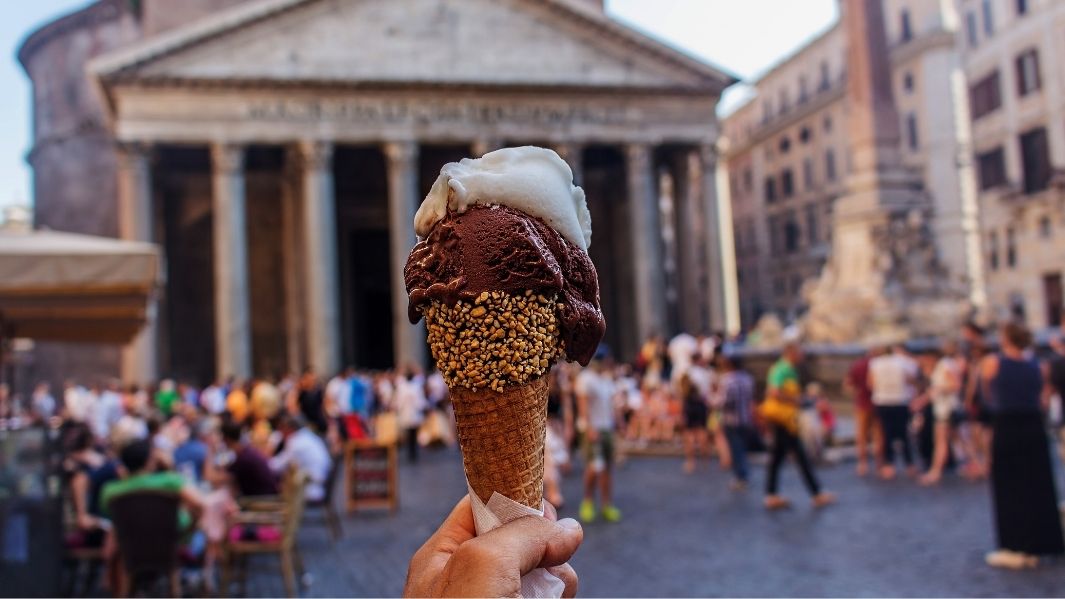 Italy’s most famous dessert (at least abroad) – the delectable Tiramisú – was born in 1971 in La Beccherie Restaurant in the Venetian town of Treviso. It was proposed as a dessert which would stimulate customers due to its high energetic content of eggs and sugar. Followed by the caffeine of the strong espresso coffee. Thus, the name ‘tiramisu’ – meaning “pick-me-up” in English – was coined.

If you fancy learning how to make tiramisu from an a real Italian cook, then have a look at our amazing cooking trips to Italy 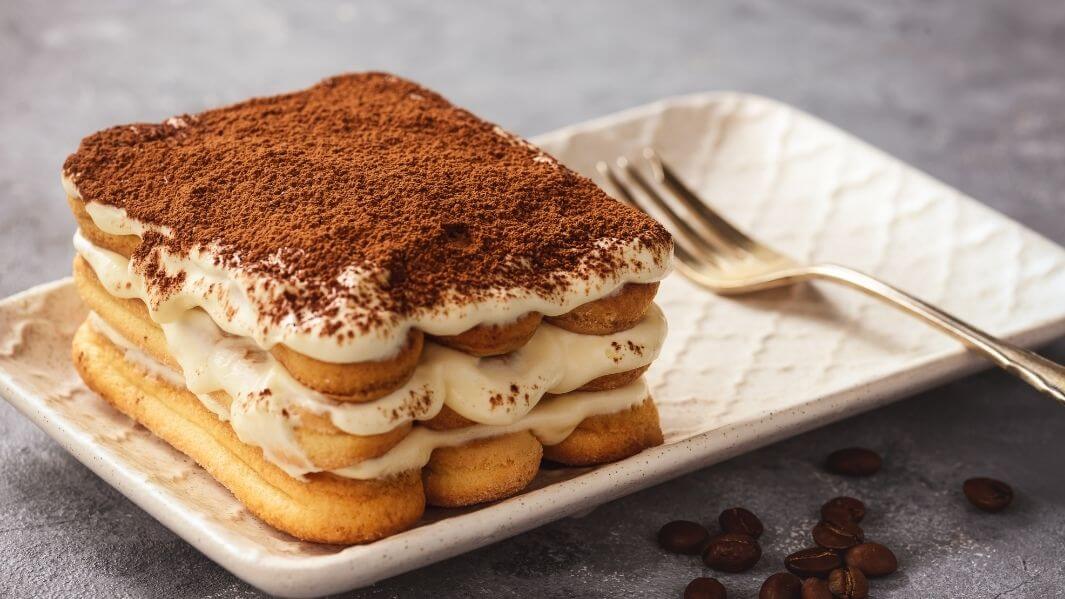 So now you’ll understand why we are so obsessed with Italy! It’s a fascinating country rich in stunning scenery, culture and history! If you’re feeling inspired to explore Italy more after reading these usual fun facts, why not download our brochure. 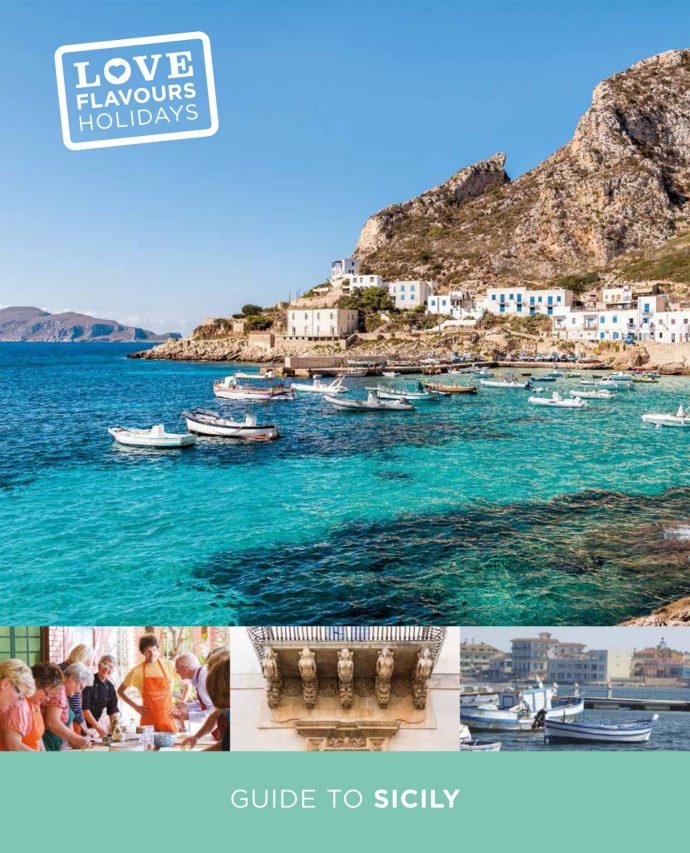