The food of Italy— do we really need more to lure us to this enchanting destination?  Even though known as the land of culture, art, romance – we’d probably still go for the food. But did you know that instead of talking about “Italian food” it would be much more accurate to distinguish between regional dishes? And, for those keen to explore new flavours on their Italian cooking holiday, this is actually great news! You will have the chance to discover very different Italian food to what you are used to at home and try true Italian flavours for the very first time.

When asking local Italians about what the best region for food is, they would always vouch for their own home town (which often means their mother’s kitchen). But, when you ask them for an honest answer (and take their home town out off the equation) most Italians will say the same: Sicily. Why, you ask? Well, Sicily is very distinctive to the rest of Italy. Over the centuries, its cuisine has adopted the best food traditions from many different cultured. Occupiers that invaded the island and conquered its people left their food behind.

Legend has it that the Greek god Dionysus introduced madness to mankind – and wine to Sicily. Whilst occupying Sicily in the 8th century B.C., the Greeks brought wine (onios) with them. Sicilian now call it “vinu” – the nectar of the gods.
Nero D’Avola wine, famous for Sicily, is made out off grapes that have remained unchanged for over 2,700 years. And, through the alchemy of viticulture, you are sharing something very important with the likes of Archimedes, Aeschylus and Sappho (who all lived in Sicily at some point of their lives). 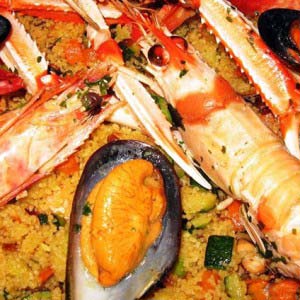 What comes to mind when thinking of Italian food? Pasta? Probably. Couscous? Probably not! However, don’t be surprised to find exactly that on your plate when visiting Sicily on your cooking holiday in Italy! Why? Well – couscous was brought to the island by another invader. The Arabs. They occupied the island between 827 and 1073  A.D. And, just like everyone else, brought with them their favourite recipes from Tunisia, Libya and Morocco.
To celebrate their “newly won” speciality, Sicilians even dedicate a full festival to the food. Every year at the end of September in the ancient Sicilian fishing village of San Vito Lo Capo, the sagra (festival) attracts the best couscous chefs from all over the world to determine the kind of couscous. Would you mind being the judge next year?

We love Italy for its mouthwatering desserts. Thinking about gelato? Not wrong, but not what we were thinking about. We are talking about chocolate. The charming Baroque town of Modica is famous for its chocolate that was brought by the Spanish in the 15th and 16th centuries. And, even today, this recipe remains the same in both Modica and Mexico – joining us on one of our cooking holidays in Sicily you will even have the chance to try it on a private chocolate tasting! Hmmm… 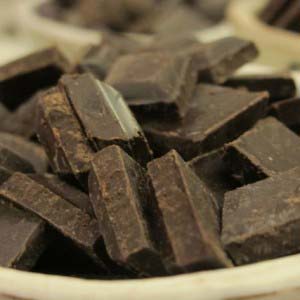 Are you ready for an authentic Sicilian experience? A Flavours cooking holiday might be right up your street for a number of reasons.  As our experienced travel team did all the planning for you , you can relax and enjoy the food. But it’s not only the delicious food; you’ll also be visiting local markets, artisan food producers whilst staying in breathtaking villas exclusive to Flavours. Really – what are you waiting for? Check out our April availability here or contact our friendly and helpful team today! Because, if you want to learn about Sicily, there’s no better way to get acquainted than through its food.